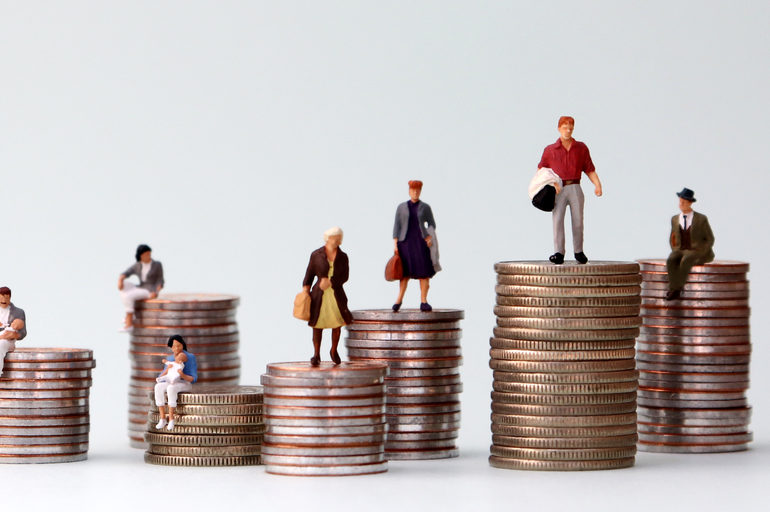 There is so much talk these days about the importance of reducing income or wealth inequality. But to me, reducing such inequality is at best something of secondary importance. The primary value is helping the poor.

Unfortunately, many people do not even perceive a difference between these values. I regularly see people asked about helping the poor and they respond by talking about income inequality. So it might be useful to review some old truths. While I don’t regard the points in this post as terribly original, sometimes it makes sense to repeat old truths, especially when these truths are ignored by so many.

Helping the poor is an important value. People who have low income often do not have access to much of what is valuable in life. Income inequality is far less important. To me, the question is how much income a person has rather than the degree of inequality of the distribution.

What are the arguments for reducing inequality? The two most important are the dislike of inequality and equal political power. Under the first, people dislike that others have more money than they do and so a consequentialist (like me) might favor less inequality. But I don’t believe that people in the US (at least) display that kind of dislike or envy. People might resent their colleague who has a bigger office or a neighbor who has a nicer house down the street. But they don’t tend to dislike the Bill Gateses of the world. In fact, they tend to have favorable opinions of the superrich as celebrities.

Another argument is that income inequality leads to inequality in political power. This is a bigger problem, since it potentially involves coercing poorer people to enrich the more powerful. But while each individual rich person might have more influence than each individual poor person, it is not clear that they have undue power. Rich people, especially the superrich, pay far more in taxes than the poor. And as John McGinnis notes, the superrich disagree about ideology.  It may be that corporations and labor unions have undue influence, but measures to address income inequality won’t necessarily help with that.

Significantly, actions to address inequality often lead to lower welfare—for both the rich and for the poor. Most actions to address inequality—such as high tax rates—serve to create incentives that reduce wealth. This aspect of government policy should be taken into account in the examples above about distribution—so that more equal distributions might provide fewer resources to the poor. But people often assume that actions to address inequality will not harm the poor, even though they do. For example, while there is outrage about the super profits that some innovators make, Nobel Laureate William Nordhaus showed that innovators secure less than 3 percent of the gains that their innovations produce for the public. Discouraging such innovation would not be desirable. Thus, it is the combination of economic ignorance and a strong desire to reduce income inequality that is deadly—to the poor and to society.