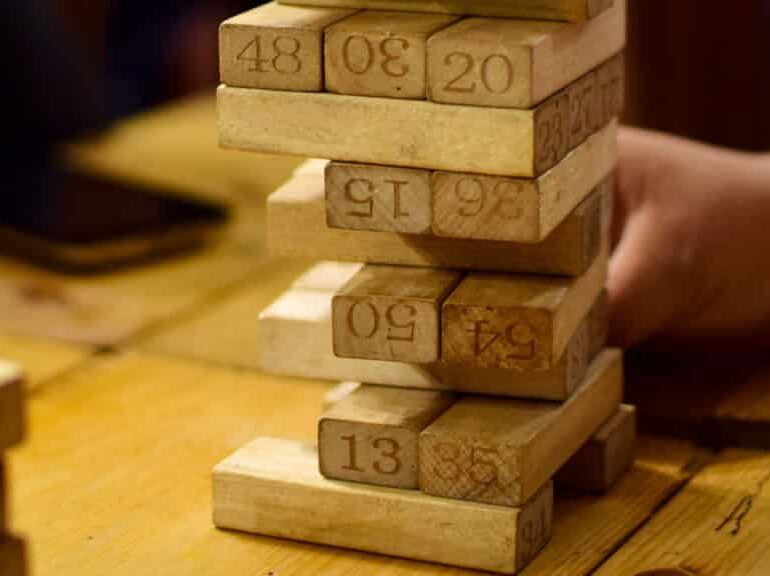 The government wants your money.

It will beg, steal or borrow if necessary, but it wants your money any way it can get it.

The government’s schemes to swindle, cheat, scam, and generally defraud taxpayers of their hard-earned dollars have run the gamut from wasteful pork barrel legislation, cronyism and graft to asset forfeiture, costly stimulus packages, and a national security complex that continues to undermine our freedoms while failing to making us any safer.

Americans have also been made to pay through the nose for the government’s endless wars, subsidization of foreign nations, military empire, welfare state, roads to nowhere, bloated workforce, secret agencies, fusion centers, private prisons, biometric databases, invasive technologies, arsenal of weapons, and every other budgetary line item that is contributing to the fast-growing wealth of the corporate elite at the expense of those who are barely making ends meet—that is, we the taxpayers.

This is what comes of those $1.5 trillion spending bills: someone’s got to foot the bill.

No matter how much money the government pulls in, it’s never enough, so the government has come up with a new plan to make it even easier for its agents to seize Americans’ bank accounts.

Make way for the digital dollar.

Similar to cryptocurrencies such as Bitcoin, CBDCs would also be a form of digital money, but there the resemblance ends. If adopted, CBDCs would be issued by the Federal Reserve, the central banking system for the U.S. government. One CBDC digital dollar would equal the value of a physical dollar. And like the physical dollar, which ceased to be backed by gold more than 50 years ago, the CBDC would be considered a government-issued fiat currency that is backed by the strength and credit of the U.S. government. (Of course, that’s not saying much considering that much of the time, the U.S. government operates in the red.)

Although government agencies have six months to weigh in on the advantages and disadvantages of a centralized digital currency, it’s as good as a done deal.

For instance, three weeks before the Biden Administration made headlines with its support for a government-issued digital currency, the FBI and the Justice Department quietly moved ahead with plans for a cryptocurrency enforcement team (translation: digital money cops), a virtual asset exploitation unit tasked with investigating crypto crimes and seizing virtual assets, and a crypto czar to oversee it all.

No surprises here, of course.

This is how the government operates: by giving us tools to make our lives “easier” while, in the process, making it easier for the government to track, control and punish the citizenry.

Indeed, this shift to a digital currency is a global trend.

More than 100 other countries are considering introducing their own digital currencies.

China has already adopted a government-issued digital currency, which not only allows it to surveil and seize people’s financial transactions, but can also work in tandem with its social credit score system to punish individuals for moral lapses and social transgressions (and reward them for adhering to government-sanctioned behavior). As China expert Akram Keram wrote for The Washington Post, “With digital yuan, the CCP [Chinese Communist Party] will have direct control over and access to the financial lives of individuals, without the need to strong-arm intermediary financial entities. In a digital-yuan-consumed society, the government easily could suspend the digital wallets of dissidents and human rights activists.”

Inevitably, a digital currency will become part of our economy and a central part of the government’s surveillance efforts.

Combine that with ESG (Environmental, Social and Governance) initiatives that are tantamount to social media credit scores for corporations, and you will find that we’re traveling the same road as China towards digital authoritarianism. As journalist Jon Brookin warns: “Digital currency issued by a central bank can be used as a tool for government surveillance of citizens and control over their financial transactions.”

As such, digital currency provides the government and its corporate partners with a mode of commerce that can easily be monitored, tracked, tabulated, mined for data, hacked, hijacked and confiscated when convenient.

This push for a digital currency dovetails with the government’s war on cash, which it has been subtly waging for some time now. Much like the war on drugs and the war on terror, this so-called “war on cash” has been sold to the public as a means of fighting terrorists, drug dealers, tax evaders and more recently, COVID-19 germs.

In recent years, just the mere possession of significant amounts of cash could implicate you in suspicious activity and label you a criminal. The rationale (by police) is that cash is the currency for illegal transactions given that it’s harder to track, can be used to pay illegal immigrants, and denies the government its share of the “take,” so doing away with paper money will help law enforcement fight crime and help the government realize more revenue.

According to economist Steve Forbes, “The real reason for this war on cash—start with the big bills and then work your way down—is an ugly power grab by Big Government. People will have less privacy: Electronic commerce makes it easier for Big Brother to see what we’re doing, thereby making it simpler to bar activities it doesn’t like, such as purchasing salt, sugar, big bottles of soda and Big Macs.”

This is how a cashless society—easily monitored, controlled, manipulated, weaponized and locked down—plays right into the hands of the government (and its corporate partners).

Despite what we know about the government and its history of corruption, bumbling, fumbling and data breaches, not to mention how easily technology can be used against us, the shift to a cashless society is really not a hard sell for a society increasingly dependent on technology for the most mundane aspects of life.

In much the same way that Americans have opted into government surveillance through the convenience of GPS devices and cell phones, digital cash—the means of paying with one’s debit card, credit card or cell phone—is becoming the de facto commerce of the American police state.

Not too long ago, it was estimated that smart phones would replace cash and credit cards altogether by 2020. Right on schedule, growing numbers of businesses have adopted no-cash policies, including certain airlines, hotels, rental car companies, restaurants and retail stores. In Sweden, even the homeless and churches accept digital cash.

Making the case for a digital wallet, journalist Lisa Rabasca Roepe argues that there’s no longer a need for cash. “More and more retailers and grocery stores are embracing Apple Pay, Google Wallet, Samsung Pay, and Android Pay,” notes Roepe. “PayPal’s app is now accepted at many chain stores including Barnes & Noble, Foot Locker, Home Depot, and Office Depot. Walmart and CVS have both developed their own payment apps while their competitors Target and RiteAid are working on their own apps.”

So what’s really going on here?

Despite all of the advantages that go along with living in a digital age—namely, convenience—it’s hard to imagine how a cashless world navigated by way of a digital wallet doesn’t signal the beginning of the end for what little privacy we have left and leave us vulnerable to the likes of government thieves, data hackers and an all-knowing, all-seeing Orwellian corpo-governmental state.

First, when I say privacy, I’m not just referring to the things that you don’t want people to know about, those little things you do behind closed doors that are neither illegal nor harmful but embarrassing or intimate. I am also referring to the things that are deeply personal and which no one need know about, certainly not the government and its constabulary of busybodies, nannies, Peeping Toms, jail wardens and petty bureaucrats.

Second, we’re already witnessing how easy it will be for government agents to manipulate digital wallets for their own gain in order to track your movements, monitor your activities and communications, and ultimately shut you down. For example, civil asset forfeiture schemes are becoming even more profitable for police agencies thanks to ERAD (Electronic Recovery and Access to Data) devices supplied by the Department of Homeland Security that allow police to not only determine the balance of any magnetic-stripe card (i.e., debit, credit and gift cards) but also freeze and seize any funds on pre-paid money cards. In fact, the Eighth Circuit Court of Appeals ruled that it does not violate the Fourth Amendment for police to scan or swipe your credit card. Expect those numbers to skyrocket once digital money cops show up in full force.

Third, a government-issued digital currency will give the government the ultimate control of the economy and complete access to the citizenry’s pocketbook. While the government might tout the ease with which it can deposit stimulus funds into the citizenry’s accounts, such a system could also introduce what economists refer to as “negative interest rates.” Instead of being limited by a zero bound threshold on interest rates, the government could impose negative rates on digital accounts in order to control economic growth. “If the cash is electronic, the government can just erase 2 percent of your money every year,” said David Yermack, a finance professor at New York University.

Fourth, a digital currency will open Americans—and their bank accounts—up to even greater financial vulnerabilities from hackers and government agents alike.

Fifth, digital authoritarianism will redefine what it means to be free in almost every aspect of our lives. Again, we must look to China to understand what awaits us. As Human Rights Watch analyst Maya Wang explains: “Chinese authorities use technology to control the population all over the country in subtler but still powerful ways. The central bank is adopting digital currency, which will allow Beijing to surveil—and control—people’s financial transactions. China is building so-called safe cities, which integrate data from intrusive surveillance systems to predict and prevent everything from fires to natural disasters and political dissent. The government believes that these intrusions, together with administrative actions, such as denying blacklisted people access to services, will nudge people toward ‘positive behaviors,’ including greater compliance with government policies and healthy habits such as exercising.”

Short of returning to a pre-technological, Luddite age, there’s really no way to pull this horse back now that it’s left the gate. To our detriment, we have virtually no control over who accesses our private information, how it is stored, or how it is used. And in terms of our bargaining power over digital privacy rights, we have been reduced to a pitiful, unenviable position in which we can only hope and trust that those in power will treat our information with respect.

At a minimum, before any kind of digital currency is adopted, we need stricter laws on data privacy and an Electronic Bill of Rights that protects “we the people” from predatory surveillance and data-mining business practices by the government and its corporate partners.

As I make clear in my book Battlefield America: The War on the American People and in its fictional counterpart The Erik Blair Diaries, the ramifications of a government—any government—having this much unregulated, unaccountable power to target, track, round up and detain its citizens is beyond chilling.