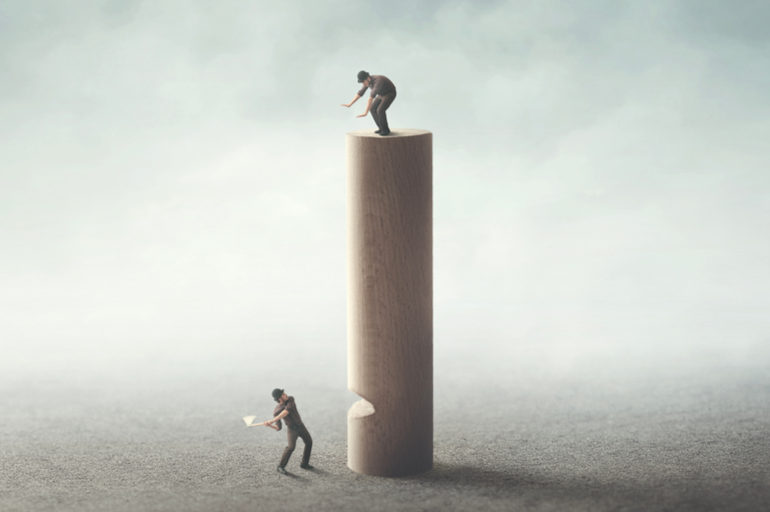 The argument over wealth in the U.S. quickly morphed with the Democratic takeover of the House and the start of the Democratic presidential nomination campaign. It’s not that the type of wealth at issue derived from injustice or that there are identifiable harms to wealthy individuals. Being wealthy, the suggestion now seems to be, should be a status offense. Status offenses do not depend on the person doing something wrong, but simply on having a given condition or “status.”

As an initial matter, everyone agrees that a person who obtains wealth by stealing from others can be disciplined. His or her riches do not justly belong to that person. And we need not draw this circle too narrowly. Concepts such as “rent-seeking” and crony capitalism broadly identify the unjust transfer of wealth from one person to another.

The problem, however, is that some people become wealthy by building a better mousetrap. While Proudhon might be partly correct—some property is theft—Locke’s observation is also certainly right, the farmer who takes a section of land and cultivates it has increased the world’s stock of property relative to natural output by a hundred fold or more. The farmer has conferred property and wealth on the world, not taken it away.

Conceding that if a person attains wealth unjustly entails that wealth can be justly expropriated, but that depends on individual circumstances that do not apply to wealthy people in general, then why the broad-based hostility toward the wealthy as a generic class?

Tocqueville observes there is a “manly” desire for equality, one that motivates the desire to raise oneself up to become equal to others. But there is also another type of desire for equality, an unmanly one that seeks to bring the other down rather than to raise oneself up. Can there be doubt that resentment motivates much of the political desire to redistribute what the rich hold?

I’d suggest there’s an old fashioned word for this desire—the word is “covetousness”—but it doesn’t quite work, if only because I don’t think a word that has never been in fashion can become old fashioned.

As a child my parents dragged me to church at least twice a year. (Hey, it adds up over a decade and a half.) As an adult I’ve gone willingly pretty much once a week. Plus Bible studies, prayer meetings, and individual religious conversations on top of that. In all of that time in all of those places I’ve never heard anyone cop to the sin of covetousness. Ever.

I don’t think I’ve ever even heard the idea mentioned in all those years except in passing, when someone was sweeping through the end of the Ten Commandments. You’d think as two of the big Ten—or one, depending on how one counts them—one would have hear more of the commands in religious circles. (Lutherans and Catholics count two of the Ten Commandments as forbidding different types of covetousness; Protestants wrap covetousness into one big commandment at the end and split an earlier commandment into two to get to ten.)

In English we take the word “covet” to forbid intensely desiring something that belongs to another. It’s an internal attitude. In the Hebrew, however, coveting is an action as well as a desire. Harkening to the Hebrew understanding, Martin Luther paraphrased it to command that “we do not scheme to get our neighbor’s inheritance or house, or get it in a way which only appears right, but help and be of service to him in keeping it.”

On this reading, expropriation for the sake of redistribution—that is, when there is no claim of justice or right that justifies the expropriation—is precisely the sin of covetousness.

Is it not owing to this passion that relationships are broken asunder, and change the good will which originates in nature into an irreconcilable enmity? And are not great countries and populous kingdoms made desolate by domestic seditions, through such causes?

We can debate and legislate the need for a broader social insurance system given the vagaries of the modern domestic and international economy. There is a pivotal change, however, when discussion shifts from the need to increase taxes to pay for the universally-available social insurance system to taxing a certain class out of an abstract desire to take away what they have. To be sure, the class has a lot of trinkets and baubles to begin with. But once we indulge the taste to take away simply because others have, there is no end. Its end, as Philo suggests, is desolation.