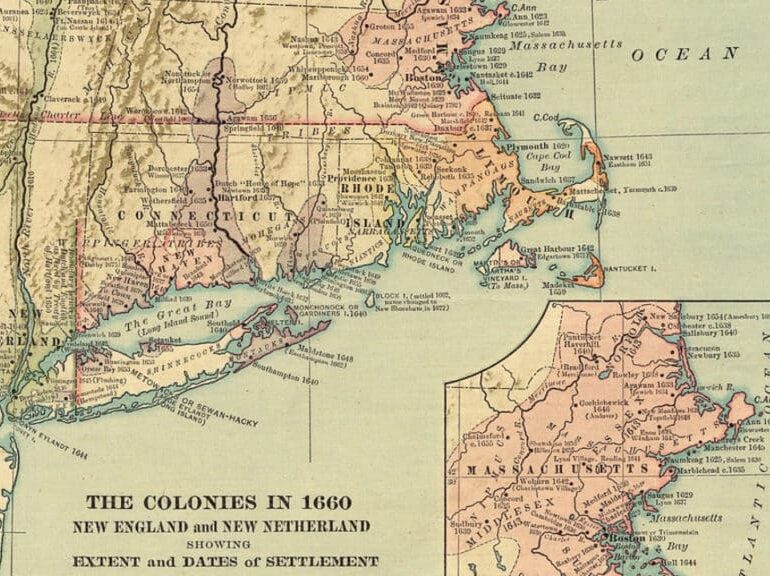 The foundational ideas underlying the Constitution took root long before the founders drafted the document. In fact, they began to take root in the earliest days of American colonialization.

The Constitution was the culmination of a radical shift in political thought. Instead of government making rules for itself, the people established rules for government and wrote them down. And instead of trusting a king to wield almost unlimited authority, the founding generation distributed power between various branches of government, as well as between the general government and the various states.

Writing about the American Revolution, John Adams described it as a revolution in thought.

This revolution in thought began long before the outbreak of hostilities. We see it in the resistance to various laws passed by Parliament that the colonists viewed as oppressive and unconstitutional. Later, as the colonies declared independence, their distrust of centralized power and vague unwritten constitutions was reflected in their written state constitutions. The ideas that drove these actions influence the Articles of Confederation and the Constitution that followed.

But we can trace this revolution of ideas back even further.

A little-known agreement drafted just 23 years after the Pilgrims landed at Plymouth Rock could be considered the great great great grandfather to the Constitution.

In the spring of 1643, delegates from the Massachusetts, Connecticut, New Haven, and Plymouth colonies met with the intention of forming a confederation. The threat of attacks by the French, Dutch and Indians motivated these four Puritan colonies to consider forming an alliance. They also hoped to better regulate trade between the colonies and develop a mechanism to settle religious disputes.

On May 19, 1643, the delegates agreed to what became known as “The Articles of Confederation of the United Colonies of New England.” The document itself states the purpose of the confederation.

“We therefore do conceive it our bounder duty, without delay to enter into a present Consociation amongst ourselves, for mutual help and strength in all our future concernments: That, as in nation and religion, so in other respects, we be and continue one according to the tenor and true meaning of the ensuing articles: Wherefore it is fully agreed and concluded by and between the parties or Jurisdictions above named, and they jointly and severally do by these presents agree and conclude that they all be and henceforth be called by the name of the United Colonies of New England.”

The very structure of this union foreshadowed the union of states created by the Articles of Confederation more than a century later. It created a federated system, maintaining colonial sovereignty while delegating a few powers to a central authority with limited power.

The central “government” was made up of eight commissioners — two from each colony. This commission was empowered to set quotas for men and expenses during wartime and arbitrate disputes with foreign powers or other colonies. There were also provisions in the agreement to facilitate the extradition of escaped servants, prisoners, and other fugitives, and to regulate affairs with the native people.

In May 1843, John Quincy Adams delivered a speech at the Massachusetts Historical Society in Boston celebrating the bicentennial of the confederation. He called it the first significant effort by English colonists to form an intercolonial alliance for mutual benefit.

“The New England confederacy was destined to a life of less than forty years’ duration. Its history, like that of other confederacies, presents a record of incessant discord-of encroachments by the most powerful party upon the weaker members, and of disregard, by all the separate members, of the conclusions adopted by the whole body. Still the main purpose of the union was accomplished.”

Despite difficulties holding together such a loose alliance, the confederacy generally succeeded in the goal of mutual defense. As Adams explained, “the concerted effort of the Indian tribes was counteracted and defeated for the space of about 30 years.”

The confederation made use of its treaty-making power. In 1650, it entered into the Treaty of Hartford with the New Netherland colony. The treaty established clear boundaries between the English and Dutch colonies. Significantly, the New England Confederation never submitted the treaty for ratification in England. It was one of the earliest examples of colonial self-government beyond the management of their local affairs.

The confederation also declared war on the Wampanoag Indians, joining other English colonies in King Philip’s War in 1675. The Confederation raised an army of over 1,000 men.

The confederation began to unravel for good in 1684 when the Massachusetts Bay Colony resisted King Charles II’s efforts to exert more control over the colonies. Charles revoked the colony’s charter. Two years later, King James II merged the New England colonies into a larger colony known as the Dominion of New England. This officially brought the confederation to an end.

While the confederacy only lasted a little over four decades, it left a legacy that influence the development of American government a century later. As the History of Massachusetts website put it, “the 40-year history of the New England Confederation amply demonstrated that unity between colonies was both possible and beneficial.”

There are shades of the New England Confederation in Benjamin Franklin’s  “Short hints towards a scheme for uniting the Northern Colonies,” which was used as a starting point for the Albany Plan in 1754. This in turn carried over to Franklin’s early plan for an American confederation drafted and submitted to the Second Continental Congress in 1775. A year later, ideas in Franklin’s plan found their way into the first draft of the Articles of Confederation. And of course, the Articles created the foundation for the U.S. Constitution.

In a very real sense, the New England Confederation was an early ancestor on the Constitution’s family tree.