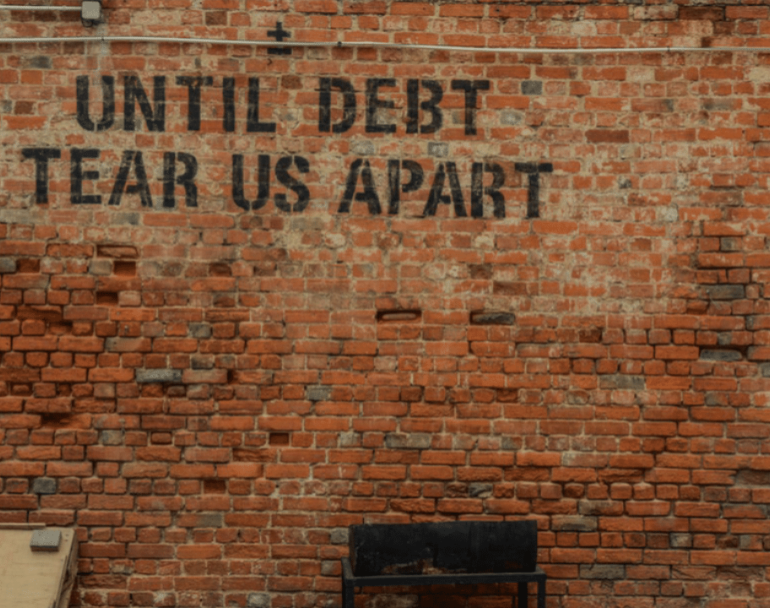 Trump’s bipartisan spending deal took a step closer to reality on Thursday when the House passed a budget bill by a 284-149 vote.

The bill increases discretionary spending from $1.32 trillion in the current fiscal year to $1.37 trillion in fiscal 2020 and then raises it again to $1.375 trillion the year after that. The deal will allow for an increase in both domestic and military spending.

In other words, no spending cuts. The deal includes $320 billion in additional spending over existing law and simply suspends the debt ceiling until mid-2021.

This deal is a product of “bipartisan cooperation.” House Speaker Nancy Pelosi hammered out the deal with Trump’s Treasury Secretary Steve Mnuchin.

So, just to be clear, this bill has the full support of Pres. Trump.

Rep. Thomas Massie (R-KY)  used a procedural move to force a vote on changing the name of the bill from the “Bipartisan Budget Act of 2019” to “A bill to kick the can down the road, and for other purposes.” The vote failed 384-47.

Democrats overwhelmingly supported the legislation, voting to pass it 219-16. But GOP support in the House was tepid. Only 65 Republicans voted for the bill with 132 casting no-votes.

This gives you a little glimpse into party politics in Washington D.C. With Democrats overwhelmingly supporting the bill, Republicans could safely vote no without derailing a bill party leadership and the president wants to pass. And it almost certainly will clear the Republican-controlled Senate. Majority leader Sen. Mitch McConnell said increasing the Pentagon budget “achieves the No. 1 goal of the Republican side of the aisle, providing for the common defense.”

In fact, the president pushed hard to get the bill passed in the House. According to the Washington Post, Trump “held a conference call with several dozen fence-sitting House Republicans on Thursday to urge them to back the legislation. But even some close Trump allies shrugged off the president’s views, especially as it became evident the legislation was going to pass with or without their votes.” [Emphasis added]

D.C. politics at its best.

It’s important to understand how this works. These House Republicans will now run around and claim they were fiscally responsible. They’ll hit the campaign trail and blame Democrats for the spending. But the fact is they would have voted for the spending if there was any chance the bill wasn’t going to pass. Trump wants it. Pelosi wants it. McConnell wants it. Democrats want it. Republicans want it. This is bipartisan fiscal suicide. Anybody who says otherwise is lying to you.

Virtually nobody in Washington D.C. outside a few principled folks like Massie really cares about getting spending under control. And make no mistake: it’s completely out of control. The debt elevator just keeps going up.

And we’re not even factoring in mandatory spending such as Social Security, Medicaid and Medicare. So far, Uncle Sam has spent $3.36 trillion in fiscal 2019. That’s up 6.6 percent year-on-year.