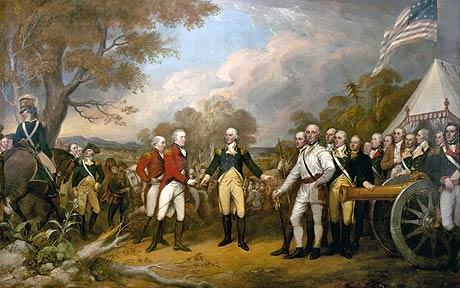 Skirmishes between British troops and colonial militiamen in April 1775 kicked off the conflict in Massachusetts. By the following summer, the rebels were waging a full-scale war for their independence across most of the Eastern seaboard. At a disadvantage in every strategic sense, George Washington and his Generals were forced to retreat a number of times, surviving just long enough to earn a few key victories and secure much needed French assistance.

After years of hard fought battles, starvation and even disease, Washington and the Continental Army forced the British surrender at Yorktown, Virginia, in 1781. Americans had effectively won their independence, though fighting would not formally end until 1783.