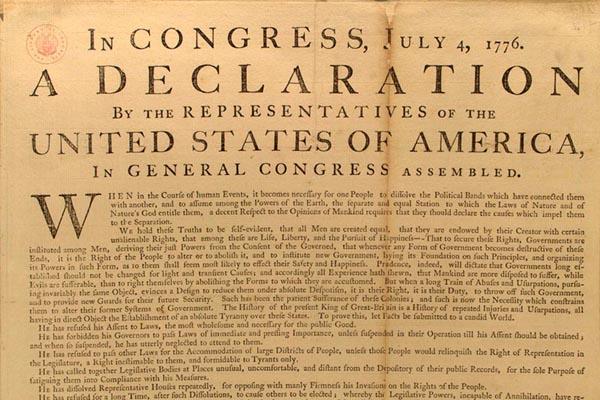 After years of Britain violating a variety of individual rights, representatives of the 13 colonies in America decided they’d had enough. They drafted a document to clarify reasons the American colonies were seceding from Britain and publicly announced the separation. With this Declaration, the founders committed treason and incited war with the world’s dominant super power.

Most importantly, the Declaration of Independence summarized a philosophical approach to life and government rooted in the defense of individual rights. It was an incredibly radical statement for any group to make, and it became the inspiration for the American War for Independence, Constitution and the United States that followed after years of battle.

Here is that world-changing text.