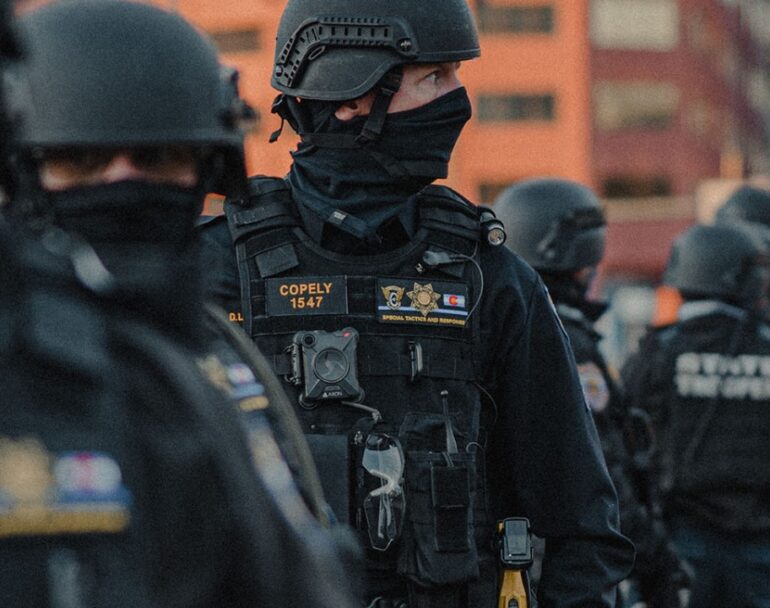 Remember when Democrats were going to take away funding for the police?

In fact, the first proposed Biden budget more than doubles funding for a federal program that doles out money to state and local police departments to hire law enforcement officers.

The Office of Community Oriented Policing Services or COPS, is a federal welfare program that helps fund state and local police agencies with money for officer hiring and retention. According to the agency website, “The COPS Office awards grants to hire community policing professionals, develop and test innovative policing strategies, and provide training and technical assistance to community members, local government leaders, and all levels of law enforcement.” Since 1994, the COPS Office has invested more than $14 billion to help advance community policing.

The Trump administration boosted funding for the COPS hiring program by 9.5 percent from $137 million to $150 million during his first term. Trump increased funding moderately each of the next three years with the program receiving $157 million in his final year.

If Trump was known as the “thin blue line” president, Biden is going for the thick blue entire sheet of paper president. He  wants to boost COPS spending by 147.1 percent to $388 million.

COPS money comes with all kinds of strings attached. For instance, in 2020, the DOJ announced $51 million in federal grant money through the COPS program to hire 214 sworn law enforcement officers for state and local law enforcement task forces in the cities under the program. The program effectively incentivized local police in these cities to align their efforts with federal policing priorities. Officers assigned to the ORP were tasked to work in coordination with the U.S. Attorney’s Office and “other relevant federal agencies” to investigate targets involved in “gang, drug trafficking and other violent crime-related issues.”

“The COPS Office expects that officers deployed to ORP task force operations as a result of CHP funding will spend all or most of their time performing task force–related activities.”

Under the guidelines for the ORP money, “The recipients of the funding will deploy existing veteran officers to task force duties and use the CHP funding to hire new recruits to backfill those positions, as practical.”

Despite branding this as a program to battle violent crime, it is really nothing but an extension of the unconstitutional war on drugs. In effect, the ORP money is being used to incentivize police departments in these cities to put their veteran officers on the front lines of the war on drugs and leave everyday policing in the community to rookies. Federal priorities will come first whether or not they are really those that would most benefit local residents or not.

Through incentives created by federal funding and the proliferation of joint task forces that combine state, local and federal policing, the federal government has effectively created a national police force.

The federal government was never intended to exercise “police powers” in the first place. The Constitution only defines four federal crimes – treason, piracies and felonies committed on the high Seas, counterfeiting, and crimes against the law of nations. The federal government also has criminal jurisdiction within Washington D.C. and its other enclaves.

The creation of every other federal crime violates the Constitution.

In other words, virtually the entire federal law enforcement apparatus is unconstitutional.

Nevertheless, the federal government is developing a national police force that operates outside of any jurisdictional, legal or constitutional boundaries. Joint task forces are a threat to liberty. States should simply withdraw.

Despite all of the “defund the police” talk coming from Democrats, Biden clearly wants to expand this national police state. After all, if you really want to understand priorities, follow the money.