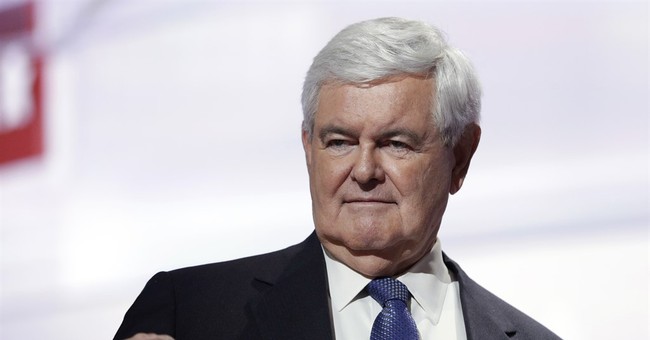 Well, one thing is clear. You’re not going to muzzle Newt Gingrich in how he feels about the 2020 election. He broke out the flamethrower during his media hit last Sunday. And the former Speaker of the House was also able to comment about something that got him muzzled by Fox News hosts back in September when he mentioned George Soros heavily funding Democrats in local races, specifically district attorney races. That’s also a fact; Fox News reported on it.

Gingrich did not hold back at all, stating that this was a corrupt race, adding that Democrats stole five of six states. The legal fight should carry on, and rightfully so. We have allegations of voter fraud that are serious. We have dead people showing up. We have a United States Postal Worker who overheard a scheme to illegally backdate ballots. And no, he did not recant. That’s fake news. There are reports about scores of ballots in Georgia that have been flagged over change of address issues. There’s a lot of funny business going on which is why the Department of Justice is throwing its weight concerning looking into these allegations. That’s not to say this will flip some states, but it could toss some fraudulent ballots, chip away at Biden’s lead, and make 2020 a whole new ballgame.

We’re still in Hail Mary territory. I mean, fourth and forever at our own 10-yard line, but there’s a chance. All we need is around 50,000 Biden ballots to be invalidated in Arizona, Georgia, and Wisconsin for this to become very interesting. It would be a 269-269 Electoral College tie between Trump and Biden, which would lead to a contingent election in the House of Representatives. Votes are cast by state delegation in the House; the GOP leads 26-23 in that regard.

But what about the claims that of this election being stolen, which host Jedidiah Bila pressed Gingrich on to clarify. The former House Speaker had the perfect response, but first, read the core of his remarks on the 2020 race. He led into his commentary by first offering his take on Joe Biden’s call for unity (via Real Clear Politics):

NEWT GINGRICH: Well, it’s a nice sentiment. First, you go out and the Democrats steal five or six states, and that’s what Republicans believe we’re watching. We think we have evidence of a lot of it. Then you turn around and you say let’s forget four years of Nancy Pelosi, let’s forgot four years ago of impeachment, harassment, opposition, hostility, hatred, and now that I’ve won, why don’t we make nice together?

I think he would have to do a lot to convince Republicans that this is anything except a left-wing power grab, financed by people like George Soros, deeply laid in at the local level, and, frankly, I think that it is a corrupt, stolen election. It’s very hard for me to understand how we’re going to work together without some very, very big steps by Biden. And I have — I have doubts if the left-wing of his party would tolerate him genuinely trying to work with Republicans.

JEDIDIAH BILA: Yeah, Newt. No, I just want to ask you for clarity, because the accusation of incidents of voter fraud, which do happen in every election, unfortunately, is very different from the accusation of a stolen election. That’s very serious. The implication here is that there’s enough widespread voter fraud going on that would have changed the outcome of the election. I haven’t seen evidence of that to this moment. Is that what you’re suggesting has happened here?

GINGRICH: What I’m suggesting is you don’t see the evidence because the local officials who are Democrats hide the evidence and then turn to you and say, “Since you have no evidence.” So they say, “Oh, we let the poll watchers in the building.” That’s right. But they kept them far enough away they couldn’t see anything. And I think I can show you case after case, it happened magically at almost exactly the same moment on election night that a series of key states quit counting, almost as though they were coordinating what they were doing.

And then it happened a few hours later, about 4 in the morning, that they had huge data dumps of Biden votes. Now, I don’t know how — how do you prove that without really having to get the FBI directly involved? And given the FBI for the last four years, why would you trust them? The entire deep state has tried to destroy Trump for four years. We know it now as a fact. We know that — how hard they worked to undermine him. And I think if you’re a typical Trump supporter, you regard this as an effort by people on the left to do everything they can at every level, including the news media. The news media’s 93% anti-Trump.

Right on, Mr. Speaker. I’ve been mentally preparing myself for a Biden win. I’ve fluctuated. Last week was not good, but these new allegations and affidavits regarding voter fraud are worthy of an investigation. At the very least, there should be a total audit of the votes in the states in question. Until then, the votes are still being counted. And we have to make sure every legal vote is accounted for in this race. In the end, again, Biden could end up on top, but for now, let the legal challenges play out. Keep fighting. And do not give in to the liberal media’s nonsense.