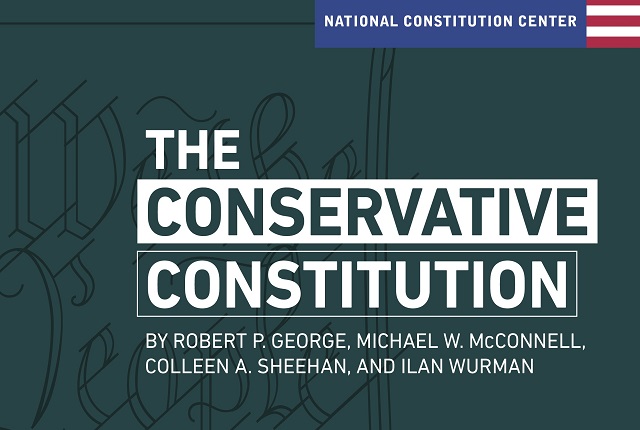 Our Framers understood that a free State cannot exist without an armed and trained populace (i.e., the Militia). Accordingly, they wrote a Constitution which prohibits the federal and State governments from infringing the natural right of the People to keep and bear arms.

Under our Constitution, the federal government has no authority to make any laws whatsoever over the Country at Large restricting the rights of the People to keep and bear arms. Gun control is not an enumerated power. Furthermore, the Second Amendment expressly forbids the federal government from infringing the right of the People (the Militia) to keep and bear arms.

The States are also prohibited from infringing the right of the People to keep and bear arms by Article I, Sec. 8, clauses 15 & 16, US Constitution. Those two clauses provide for the Militia of the Several States; and implicitly prohibit the States from making any laws which would interfere with the arming and training of the Militiamen in their States. 1

Applications for Congress to call a convention under Article V, US Constitution

But various groups, such as Mark Meckler’s Convention of “States” (COS) organizations, have been lobbying State Legislators to pass applications asking Congress to call an Article V Convention.

Whether or not State Legislatures should ask Congress to call an Article V Convention is one of the most important – and contentious – issues of our time. The Delegates to such a convention, as Sovereign Representatives of the People, have the power to throw off the Constitution we have and propose a new Constitution, with a new and easier mode of ratification, which would create a new government. 2

On November 8, 2021, several Pennsylvania Senators conducted a roundtable discussion about whether they should pass Mark Meckler’s “COS” application (SR 152) for Congress to call an Article V convention. Mark Meckler and his allies were present in support of SR 152. Firearms Owners Against Crime was present in opposition to SR 152. Gun Owners of America was there also. 3

Much of what Meckler said at the roundtable is not true. But this paper focuses on his comments ridiculing his opponents’ concerns that, if there is an Article V convention, we could lose our existing Right to keep and bear arms.

Meckler showed up at the roundtable decked out in gun garb; and, after dropping names to show his connections with gun rights organizations, proceeded throughout the discussion to preen his commitment to “the Second Amendment”. He ridiculed the warnings that if there is an Article V Convention, Delegates would have the power to impose a new Constitution which, among other horrors, strips us of our Right to keep and bear arms without infringement.

Meckler said that Chuck Cooper, a litigator for the NRA, is on COS’s Legal Advisory Board and has written an open letter saying, “…it’s a ridiculous argument that there could be a runaway convention and we could lose our Second Amendment.” [13:31 – 13:57]

A bit later on, Meckler said:

“…Professor Robbie George at Princeton who is considered the foremost conservative constitutional scholar in America is on our Legal Advisory Board. … [43:02 – 43:25]

So who is Professor Robbie George? And who says he is the foremost conservative constitutional scholar in America?

Robbie George and three others have drafted a new Constitution which severely restricts the Right of the People to keep and bear arms! His new Constitution says at Article I, Sec. 12, clause 7:

“Neither the States nor the United State [sic] shall make or enforce any law infringing the right to keep and bear arms of the sort ordinarily used for self-defense or recreational purposes, provided that States, and the United States in places subject to its general regulatory authority, may enact and enforce reasonable regulations on the bearing of arms, and the keeping of arms by persons determined, with due process, to be dangerous to themselves or others.”

At the roundtable, John Velleco of Gun Owners of America said:

“The questions that we’re dealing with on this is how will this [Meckler’s “COS” application SR 152] impact the Second Amendment? Because that’s, as an organization, that’s all we care about. … So we need to determine if this is something that seriously could impact in a negative way the Second Amendment, then we are compelled to engage 100%. … our bigger issues in Pennsylvania are passing constitutional carry.” [1:07:05 – 1:07:51]

Yet even though Meckler’s Board Member Robbie George had already participated in the drafting of a new Constitution which imposes gun control; and thereby would rescind the Second Amendment, Meckler responded:

So Meckler, who postures as a “Second Amendment guy” [13:31-13:57] , threatened that unless Kim Stolfer supports Meckler’s SR 152 application for a convention, Mecker’s alleged 90,000 supporters in Pennsylvania 4 will not support anything Kim Stolfer’s gun rights organization does!

Look behind the Curtain

This push for an Article V Convention is the most vicious bait and switch ever perpetrated on the American People. It’s all about getting a new Constitution under the pretext of getting amendments. 5 If Congress calls an Article V convention, Robbie George’s proposed Constitution, or another just as tyrannical, can be proposed. 6 And since any new Constitution will have its own new mode of ratification (such as a national referendum), it’s sure to be approved.

The solution to our political and economic problems is to read and enforce the Constitution we already have. States and local governments and individual Citizens can take a giant step forward by not taking federal funds to participate in unconstitutional federal programs.

And rescind your States’ existing applications for an Article V convention! It doesn’t matter what the ostensible purpose of a convention is, as set forth in a State’s applications. Once the Convention assembles, the Delegates can do whatever they want including approving the Constitution Robbie George participated in drafting, or another Constitution which will also legalize the tyranny which is taking over our Country.

We are to fight tyranny by resisting it; not by legalizing it.

1 With the Militia Act of 1792, Congress required all able-bodied male Citizens in the Country (with a few exceptions) between the ages of 18 and under 45 to buy a rifle, bayonet, ammo & ammo pouch, and report to their local Militia Unit for training. States may not lawfully do anything to interfere with this constitutional grant of power to Congress.

2 This is shown in these flyers:

4 It should be enlightening to ask Meckler to provide documentation of his claim to have 90,000 supporters in Pennsylvania. Legislators in other States have looked behind the curtain and found “COS” claims of support to be false: See Phony Petitions and Polls.

5 James Madison expressly warned of this stratagem: See this flyer at footnote 2.

6 Altogether, the National Constitution Center has three proposed new Constitutions. All of them transfer massive new powers to the new federal government.

Additional proposed Constitutions are discussed here.  One of them, the Constitution for the Newstates of America, was produced some 60 years ago [and factions have been pushing for an Article V convention ever since]. Under the Newstates Constitution, the States are dissolved and replaced by regional governments answerable to the new national government. Article I, Part B., Sec. 8 provides that the People are to be disarmed. Article XII, Sec. 1, provides for ratification by a national referendum – so whoever controls the voting machines will determine the outcome.