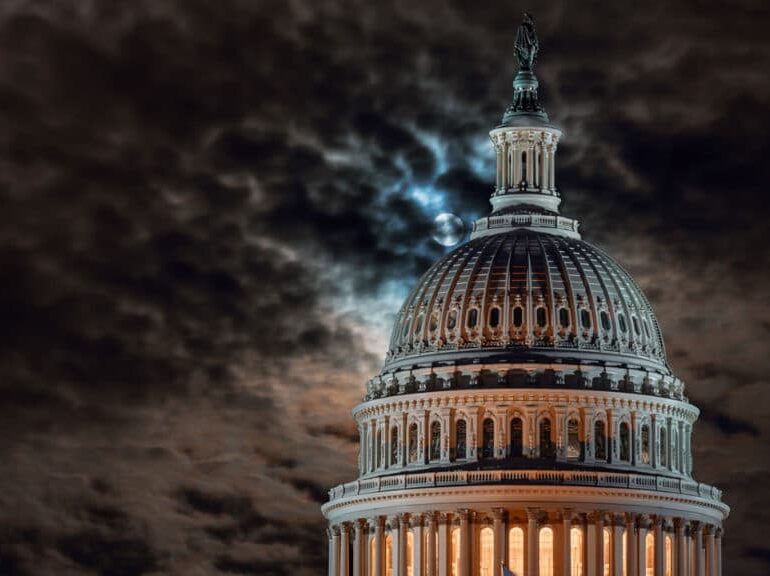 While the anti-federalist Federal Farmer was critical of the proposed House of Representatives for having too few members, he was even more harsh toward the proposed Senate.

Ironically, he wrote in his tenth letter dated January 12, 1788, that the Senate “as an executive branch (is) quite too numerous. Form them on pure principles, and leave each to be supported by its real weight and connections, the senate would be feeble, and the house powerful.”

He believed that it was not possible to form a “genuine senatorial branch” that would balance democratic values with the aristocratic nature of the Senate. Unlike representatives that would be elected by voters and serve two-year terms, senators would be appointed by the state legislatures and serve for six-year terms.

The Federal Farmer felt this setup was a recipe for trouble (bold emphasis added):

“I agree the federal senate, in the form proposed, may be useful to many purposes, and that it is not very necessary to alter the organization, modes of appointment, and powers of it in several respects; yet, without alterations in others, I sincerely believe it will, in a very few years, become the source of the greatest evils. Some of these alterations, I conceive, to be absolutely necessary, and some of them at least advisable.”

Among his reasons was the extended terms for senators (bold emphasis added):

“The people of this country have not been accustomed to so long appointments in their state governments, they have generally adopted annual elections. The members of the present congress are chosen yearly, who, from the nature and multiplicity of their business, ought to be chosen for longer periods than the federal senators—Men six years in office absolutely contract callous habits, and cease, in too great a degree, to feel their dependance, and for the condition of their constituents.”

The other issue brought up by the Federal Farmer was that the state legislatures could not recall senators while they were serving their term. This is distinct from the idea of censure or impeachment in that it concerned whether or not the senator was truly representing the will of the legislature or doing so effectively, but had not committed any wrongdoing.

“The reasons for lodging a power to recall are stronger, as they respect the senate, than as they respect the representatives; the latter will be more frequently elected, and changed of course, and being chosen by the people at large, it would be more difficult for the people than for the legislatures to take the necessary measures for recalling: but even the people, if the powers will be more beneficial to them than injurious, ought to possess it. The people are not apt to wrong a man who is steady and true to their interests; they may for a while be misled by party representations, and leave a good man out of office unheard; but every recall supposes a deliberate decision, and a fair hearing; and no man who believes his conduct proper, and the result of honest views, will be the less useful in his public character, on account of the examination his actions may be liable to; and a man conscious of the contrary conduct, ought clearly to be restrained by the apprehensions of a trial.”

The result, he feared, was a permanent body of the same people –  in essence an aristocracy (bold emphasis added):

“But in a government consisting of but a few members, elected for long periods, and far removed from the observation of the people, but few changes in the ordinary course of elections take place among the members; they become in some measure a fixed body, and often inattentive to the public good, callous, selfish, and the fountain of corruption.”

The Federal Farmer suggested that “to prevent these evils and force a princieple of pure animation into the federal government we ought to establish among others the principle of rotation. Even good men in office, in time, imperceptibly lose sight of the people, and gradually fall into measures prejudicial to them.

Yet, he wrote that there would be downsides to frequent rotation of members, as “we may sometimes exclude good men from being elected.”

However, he still felt this would “guard against those pernicious connections, which usually grow up among men left to continue long periods in office.”

He added “I would not urge the principle of rotation, if I believed the consequence would be an uninformed federal legislature; but I have no apprehension of this in this enlightened country.”

Interestingly, the Federal Farmer was far less concerned about the Senate’s power to ratify treaties than Patrick Henry, writing that  the legislature has a proper control over the president and senate in settling commercial treaties. “This construction will render the clauses consistent, and make the powers of the president and senate, respecting treaties, much less exceptionable.”

In the long-term, the Federal Farmer’s apprehensions about terms proved correct. In more recent years, the average senator’s tenure is 10 years, while reelection rates are more than 90 percent. It’s also worth noting that this doesn’t account for other similar seats, such as the House of Representatives, a politician has served in.

While the constitutional amendment making senate seats elected by voters was enacted in the early 1900s, the phenomenon was going on prior.

As Stacy Selleck  observed in a 2019 article:

“The factors attributed to increased tenure are expansion of incentives associated with the perqs, power and prestige of holding congressional office that lead to more incumbents seeking reelection and institutional changes such as increased incumbent advantage, gerrymandering, and political party influence that decrease chances of defeat at the ballot box to less than 5%.”

“The days of the “citizen legislator” in Congress are gone…for now.”