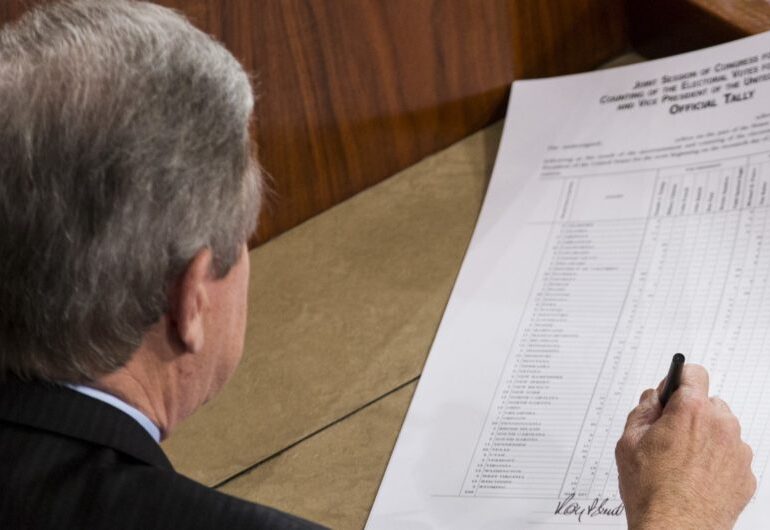 Two cases argued this month, Chiafalo v. Washington and Colorado Department of State v. Bacca, pose the most important questions this term for originalism. They concern the ability of presidential electors in the Electoral College to exercise their own legal discretion in the choice of President. In the first case, Washington has fined Mr. Chiafalo for refusing to vote for Hillary Clinton, the candidate to whom he was pledged. In the second, Colorado replaced Mr. Bacca before he could vote for a candidate other than Clinton, to whom he was also pledged. Both electors object to their treatment as violating their rights as presidential electors under the Constitution.

The cases’ significance for originalism stems from the absence of controlling Court precedent on the question of a presidential elector’s discretion. Most Supreme Court cases have prior cases that arguably dispose of the issue, but these do not. The only case about the obligations imposed on electors, Ray v. Blair, concerned moral pledges that parties required of the electors, not the very different question of whether the electors’ choice can be disciplined by law. In their lack of controlling precedents, these new cases resemble NLRB v. Noel Canning, in which the Court had to address, for the first time in its jurisprudence, certain important questions about the scope of the Recess Appointments Clause.

Unfortunately, if the oral argument for the cases about presidential electors is any indication, the Court may do grave damage to originalism by suggesting that the bad consequences of a constitutional provision or practice subsequent to the time of its enactment can override its original meaning.

Based on my initial reading of the provisions that establish the Electoral College, the originalist argument that an elector has the discretion to vote for the candidate of his choice is a very strong one. The core meaning of “elector” implies choice and discretion. And in both Article II and the Twelfth Amendment, electors are described as “voting by ballot,” with the clear implication that they are filling in the names on the ballots themselves.

Moreover, the only other time the Constitution uses the term elector, it is obviously used with the recognition that electors will be doing the choosing. Article I provides that the “The House of Representatives shall be composed of Members chosen every second Year by the People of the several States, and the Electors in each State shall have the Qualifications requisite for Electors of the most numerous Branch of the State Legislature.” Congressional electors here are the people choosing Representatives. No one thinks that the state could dictate their choice beyond the qualifications the Constitution sets for the office.

Moreover, the point of the Electoral College was to create an indirect election in which the electors would be chosen and then, in turn, choose the president. Avoiding direct democracy was part of the purpose of this admittedly complicated mechanism. And that meant empowering the discretion of the presidential electors.

The originalist arguments to the contrary seem weak to me. The best depends on the states’ appointment authority over electors. Article II provides that “Each State shall appoint, in such Manner as the Legislature thereof may direct, a Number of Electors.” But the power of appointment is different from the power to control decisions. For instance, a governor may now appoint an interim senator to a vacancy, but no one would suggest that the governor could then control the senator’s votes. It is true that the Court itself suggested in Myers v. United States that the president’s power of appointment of executive officials implied the power of removal. But those officials were subordinates within the executive branch. The electors are not subordinates of the legislature once appointed, but fulfill the federal function of choosing the president.

Judges have far greater competence in evaluating legal arguments than in making complicated assessments of consequences.

Nor is the argument convincing that the electors’ pledge removes their discretion. Politicians promise to do a lot of things, but the law cannot ultimately constrain their choices. And that is probably a good thing, because circumstances may change since they have taken the pledge.

I recognize that there may be counterarguments on original meaning that I have not considered. My concern is far less about the result in these cases than about the method by which they are decided. And in oral argument, some justices who might be thought to harbor originalist sympathies openly appealed to consequentialist arguments. For instance, Justice Kavanaugh suggested that when it is a “close call” on meaning, the Court might consider avoiding the “chaos” that he implied might follow from a decision allowing electoral discretion.

But as Lawrence Lessig, a Harvard Law professor and the lawyer for Chiafalo, noted, Kavanaugh was only focusing on the costs of elector’s discretion, not the benefits. If it turned out that, between the popular election and the meeting of the Electoral College, the winning candidate died or evidence emerged that he had been bribed by a foreign country, the elector would be powerless to apply his knowledge if he were reduced to an automaton. Any rule on electoral discretion must balance risks. The more general point is that judges have far greater competence in evaluating legal arguments than in making complicated assessments of consequences.

Furthermore, who is to decide how “close” the case must be to permit the consideration of consequences? That is a slippery slope that will allow the original meaning to become merely one consideration among many. For instance, assume that the question of whether the Second Amendment protects an individual right to bear arms is close, even if the better view tips in its favor. Kavanaugh’s approach would authorize judges to decide the case based on their assessment of the consequences of various gun control measures. This approach also likely violates what Michael Rappaport and I have, in the forthcoming “The Power of Interpretation: Minimizing the Construction Zone,” termed the 51-49 rule, which directs the interpreter to choose the better-supported interpretation of constitutional meaning as it was fixed at the time.

Some of the justices, including Sotomayor, Kavanaugh, and Kagan, also suggested that common practices since the time the Electoral College was created might be considered in addition to the original meaning. But this method has many of the same problems as the consequentialist approach, and it is not akin to following judicial precedent. The scope of practices is generally less clear than the scope of judicial precedent because such practices do not come with a rationale laid out in a case. For instance, it has been the practice for some time for many states to require electors to pledge themselves to a candidate. But this practice of pledging has not carried with it any legal obligation, which is the relevant issue here.

Moreover, Court precedent at least attempts to form a coherent whole. But practices can arise in different legal areas and their implications can thus fundamentally conflict. These cases again provide good examples of the problem. Even if one did think that pledges since the Founding implied that electors no longer had legal discretion, many constitutional amendments have been introduced to eliminate that discretion. That series of amendment attempts suggests long-established recognition of electoral discretion in the Constitution as it is. Finally, precedent comes from a judiciary that has a claim to impartiality, but common practices originate from political actors that may themselves be self-interested. That is yet another reason that judicial precedent—even if at variance with the best version of original meaning—may sometimes control, but common practice never should.

To be sure, practices from around the time of a constitutional provision is fixed may shed light on its meaning because they represent contemporaneous interpretations. But there were no practices at that time relevant to the question of whether states can impose legal obligations on electors. Indeed, even if there were diffuse expectations by some people that electors should reflect the voters’ wishes, they did not rise to the level of official practices that should inform the meaning of a constitutional text after it is enacted.

As Mike Rappaport and I have argued, it is constitutional for judges to follow Court precedent rather than original meaning. It is even warranted in certain, limited circumstances. Originalists need to frame better-reticulated rules about what those circumstances are. But inviting judges to consider the consequences of their decisions or the recent practice of other governmental actors as guides to interpretation threatens to bury originalism. 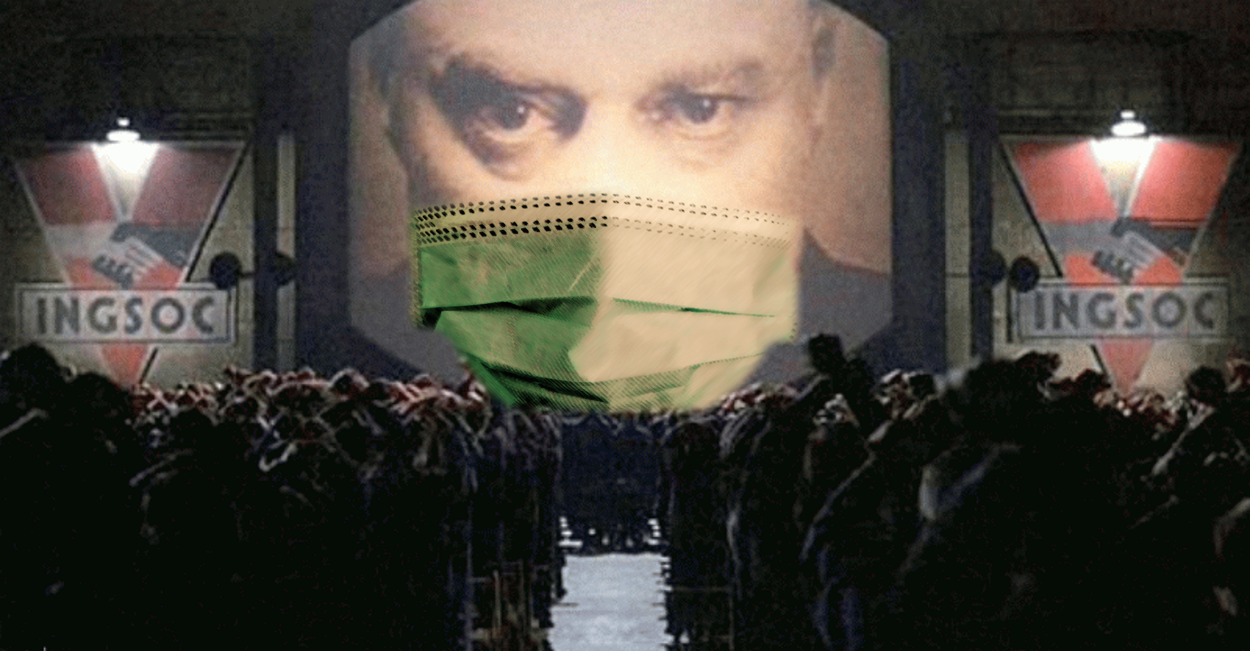 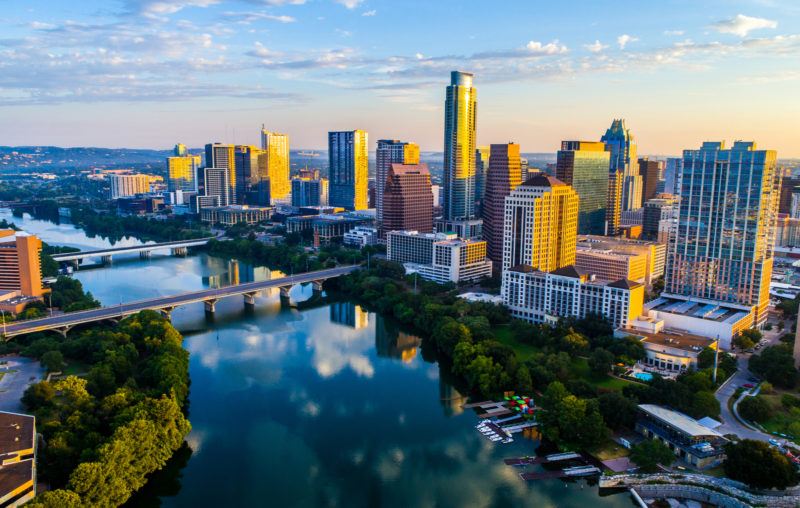 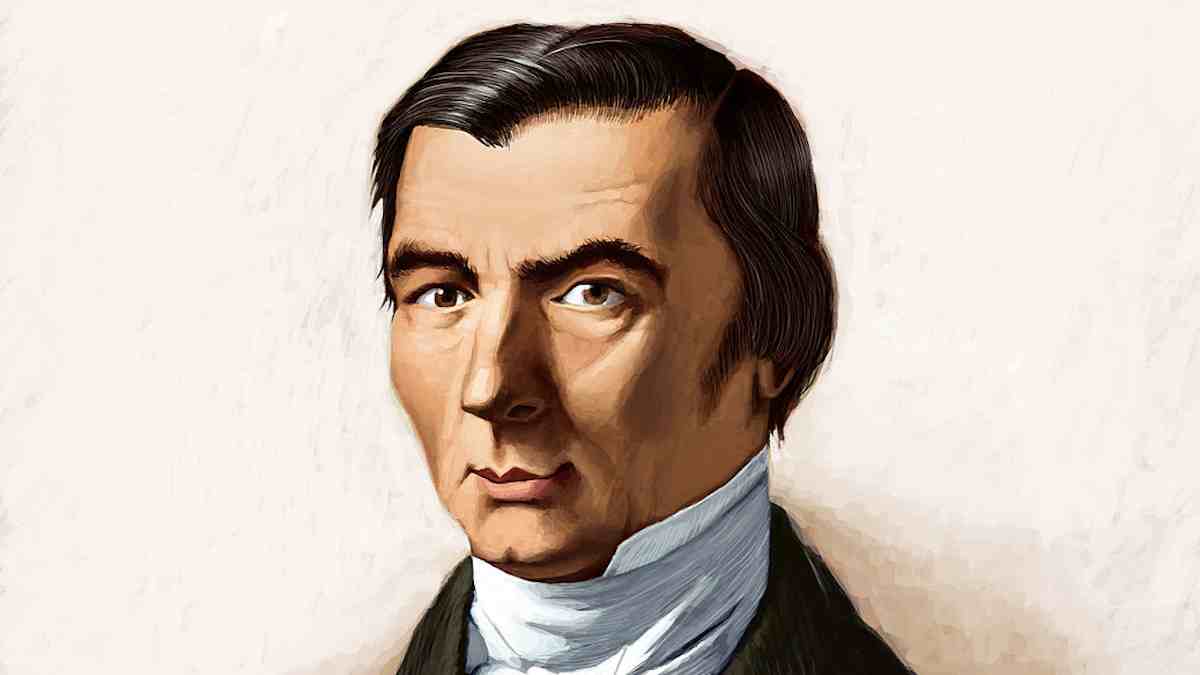