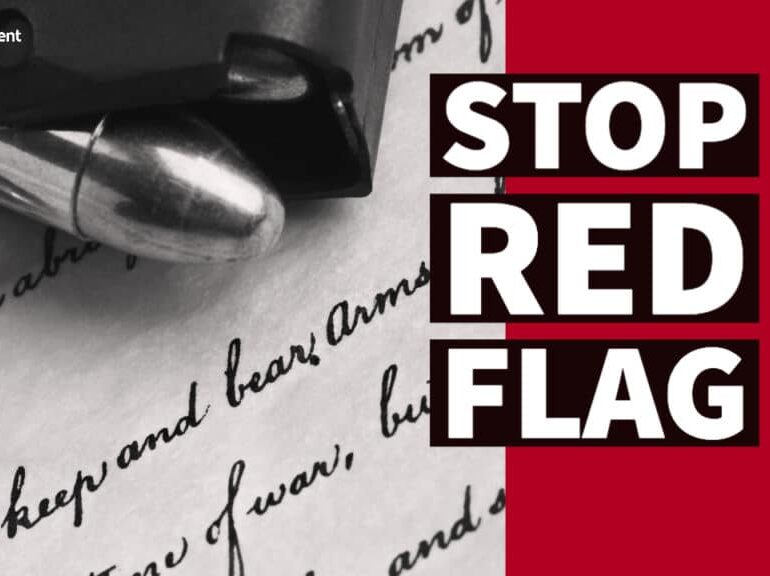 MONTGOMERY, Ala. (Feb. 5, 2020) – A bill filed in the Alabama House would prohibit state enforcement of any federal “red-flag” laws, setting the foundation to nullify any such measures in practice and effect.

Rep. Andrew Sorrell (R-Muscle Shoals) filed House Bill 123 (HB123) on Feb 4. The legislation declares that federal red-flag laws or “extreme risk protection orders” are “void and of no effect” in the state of Alabama.

Such a declaration would have little effect in practice, but the bill also includes provisions that would make federal red-flag laws nearly impossible to enforce in Alabama. The proposed law would prohibit any agency or any political subdivision of the state from accepting any federal grants to implement any federal statute, rule or executive order, federal or state judicial order or judicial findings that would have the effect of forcing an extreme risk protection order against or upon a citizen of Alabama.

It would also make it a Class D felony offense for any individual, including a law enforcement officer, to enforce a federal extreme risk protection order. In effect, this would bar state and local police from enforcing a federal red-flag law, rule, regulation or other measure.

Partnerships don’t work too well when half the team quits. Enforcing a red-flag law would be no different.

By withdrawing all resources and participation in the implementation and enforcement of a federal red flag law, states and even local governments can help bring any such unconstitutional acts to their much-needed end.

The state of Alabama can legally bar state agents from enforcing federal gun control, including red flag laws. Refusal to cooperate with federal enforcement rests on a well-established legal principle known as the anti-commandeering doctrine.

HB123 has been referred to the House Judiciary Committee, where it will need to pass by a majority vote before moving forward. Alabama residents who support the bill should contact ALL the members of the committee. Be courteous, but firm and professional. Let each of them know you support HB123 and would like to see them vote YES on the bill as well. Find their contact info at this link.