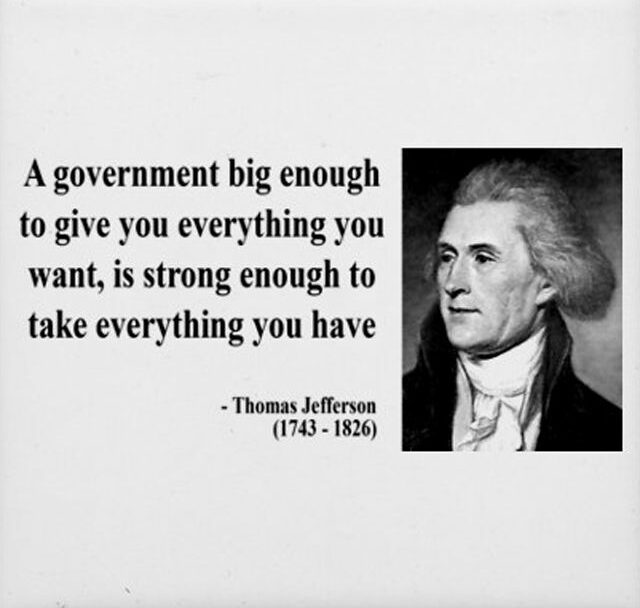 First, congress is made up of two bodies, the house of representatives and the senate, so the person I will be describing could be in either body.

This gave the States a direct check on the federal government. It lasted until the 17th amendment was passed in 1913 and it became part of the Constitution.

Since then the federal government has been expanding it’s power and it’s overreach has reduced the States to the administrators who carry out federal laws whether they be Constitutional or not.

This is not the way it is supposed to be.

The federal government is a CREATION by the States, chained down by the limitations enumerated in the Constitution. Somewhere along the line the States have let the Courts and Congress take control of defining what the limitations are (if any in their minds) on their own powers.

People, both in and especially out of government, do not read the Constitution to see what it actually says, they wait for the federal courts to tell them what the judges say it says which is sheer lunacy.

So what does my rant just finished have to do with my dream congressman ? Plenty.

They would work diligently to roll back ALL federal agencies, programs and laws that are unconstitutional. They would work to impeach from both the executive and judicial branches any person that violates the enumerated powers for that branch that are clearly laid out in the Constitution.

Last, my dream congressman would make sure everyone in their district were Constitutionally literate and they would encourage each person to be active in their government.

At Building Blocks For Liberty we work to spread Constitutional literacy and promote activism in holding your federal and state governments accountable according to each one’s Constitution.

Won’t you join us in this fight for our Republic ?